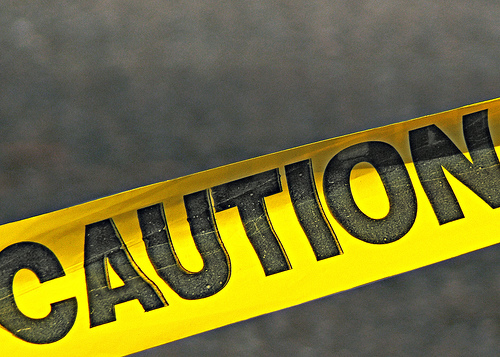 The Referrer
When you decide to recommend a friend for a job you need to think of a few things first:

The Friend
As the friend, or the referred candidate, there are some things you need to think about before accepting/asking for a job recommendation/referral.

At the End of The Day
We may think when we refer a friend that we are doing a good deed or it may be fun to work with them. What we really should be thinking is are they a good fit for the company and the job? Will they represent me well? Can I help them prepare for the interview? How much do I know about their department, hiring manager and most importantly interview process? As a referrer I think you have some responsibility to help your friend as much as you can, once you decided to refer them. If your friend doesn’t hear from HR in a few days you should see what you can find out for them. You referred them so you should stay in touch with HR or the hiring manager so you know what their chances are and you can let them know as well. That’s what a good friend would do.

Ask Dorothy
Here is an example from Ask Dorothy, where I post a comment or answer to questions that I have received from Twitter: @dorothyjs, my contact me page or through the comment sections of my posts, of how the referrer should have given the friend as much information as possible and let them know that they are not the only ones being interviewed and what their chances of getting hired were.

I found your blog sometime ago and I find it very useful. I’m hoping for your perspective on a recent interview process.
So a friend of mine that I used to work with asked me to go to work with her on a team at a new job. I submitted my package to a recruiter, she submitted it to the team and I was brought in for an interview less than 4 days after hearing about the job.
My friend and her teammate interviewed me. I felt the interview went well. My friend said at the end of the interview that I should expect to hear back within two days, that the boss likes to make decisions fast and that she thought I’d be a good fit, but the interview was largely about impressing the teammate, which she said she believed I did.
The recruiter called me today (as it’s a contract job and the recruiting firm handles the contract and pay for the position). The recruiter asked me to hold tight and that from the feedback she received they were very interested and impressed by me, but that they had one more person to interview on Friday. I’m concerned because I didn’t get the impression they were interviewing anyone else and my colleague/friend said she expected I’d hear back sooner. I’m worried that I didn’t impress them enough and they brought in someone else to interview. Additionally the original recruiter is going on vacation and she is passing me off onto another recruiter to finish out the process. Do you think I have a reason to be concerned about that, the recruiter’s response or the bringing in of someone else to interview several days later? Did I miss my chance or could other factors be at play?

Hi Tim,
I think your friend and her team had a hard time finding a person to join their group. So they were asked to ask friends and colleagues if they knew anyone. Your friend asked you as I’m sure her other colleagues asked their friends. You were invited for the interview and did well. Great! but now the recruiter is interviewing the other candidates that the other team members suggested. Don’t be fooled if they gave you an impression that you were the only one they were interviewing because that would be a huge lie. The only time a company would only interview and hire one person is if they were VERY desperate. In this case, they are not desperate and the recruiter is just looking at another candidate that was submitted. I’m sure you blew them away and your friend is telling everyone that you are the BEST and need to be hired right away 😉
I don’t think you should worry about the original recruiter passing you off to another recruiter because she is going on vacation. That is normal but if I was the recruiter I would want to finish the process. Did you contact the new recruiter? I would introduce yourself and ask where he/she was in the recruitment process. I honestly think since your friend was on the interview panel she would be the best person to ask re: who they are going to hire as they would be the first to know. The difficult part in this scenario is that the other person they interviewed is probably a friend of a person on the team, which means two people on the team are voting for their friends to get hired. This makes things difficult unless one person out shined the other in the interview. I really believe you should talk to your friend. Thanks for leaving the comment and good luck!

Are you looking for a job or have a referral? Check out the job board for job opportunities and I pay a generous referral bonus 🙂
Contact me for more information.

Do you think your resume could look better? Check out the services page.

Some Myths About Thank You Letters
What Are Your Strengths?
How To Answer "Why Did You Leave Your Last Job?"

4 thoughts on “Ask Dorothy: Referring A Friend For A Job”