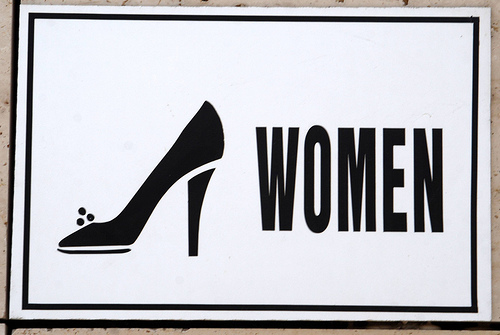 I’ve been lucky enough to be traveling around in a van and therefore have limited access to television. I have never been a fan of television and really really hate commercials. I make sure the mute button is always on during the commercials, which now seem to last longer than the program your watching. Anyway, I do have my iPhone and laptop so I am definitely not removed from all media but while visiting a friend in Brisbane last week I turned on the television for the first time in almost one year.

I was watching a news program and the segment was about the underrepresentation of women in senior level roles in the EU (European Union). My first reaction was great now companies and HR departments around the world will be hiring and promoting women only because they feel pressure to be a politically correct. Some companies may even go as far as to impose quotas to look like a more appealing company to work for.

What is Discrimination and Harassment?

Since I’m currently traveling in Australia here is how the Australian Human Rights Commission defines discrimination and harassment:

What is unlawful discrimination?

Under federal and state legislation, unlawful discrimination occurs when someone, or a group of people, is treated less favourably than another person or group because of their race, colour, national or ethnic origin; sex, pregnancy or marital status; age; disability; religion; sexual preference; trade union activity; or some other characteristic specified under anti-discrimination or human rights legislation.

Workplace discrimination can occur in:

What is unlawful harassment?

Under federal and state legislation, unlawful harassment occurs when someone is made to feel intimidated, insulted or humiliated because of their race, colour, national or ethnic origin; sex; disability; sexual preference; or some other characteristic specified under antidiscrimination or human rights legislation . It can also happen if someone is working in a ‘hostile’ – or intimidating – environment.

Harassment can include behaviour such as:

Gender should not be a Factor

Well I certainly do not agree and hope companies won’t be going to that extreme. Don’t get me wrong I believe that it still very hard for women to be taken seriously in a male driven world. More and more women are getting university degrees and are aspiring to be future leaders of fortune 500 companies. I think this is great but when a company is promoting or looking to hire a senior executive it should always be about the talent, experience and skill set of an employee not the race, gender or ethnicity of the candidate.

I couldn’t believe that some senior leaders in Germany are just beginning to recognize that women represent an important talent group. How can any company be competitive in the world today if they chose to ignore almost 50 percent of their workforce?

Discrimination against women is currently in the news in the USA thanks to Walmart. A groups of female employees have filed a sexual discrimination suit against the company 10 years ago alleging that women had been paid less than men in comparable positions. You can read more about this case thanks to abcNews.

In the past I have worked in a dominate male environment. It was awful. It was like trying to join a team that badly needed players but still be benched and not be given a try. It was definitely a “boys club” type of environment and I hated it and more importantly never understood it.

The one thing that helped me cope in the “boys club” was that I had a great female mentor who happened to be the Vice President of HR. She was great because she knew how to play the game. Even though my direct supervisor was male and clearly favored working with men and created barriers for women to succeed I still worked very hard. I was promoted 3 times in under 5 years before deciding to quit. I really believe that having a women as VP of HR and also meeting a few women who were in senior management roles helped me to realize that yes I would have to try harder but I could succeed in moving my career forward.

Having a mentor or a network of positive women around you is very important. It helped me get through the emotional hurdles of unsuccessful promotions while seeing unqualified men being promoted right, left and centre. Women really need to be there for each other rather then be jealous and spread gossip about each other. Young female professionals need the most guidance. This is such a crucial time in a working womens life. They are just starting their career and not only are they working very hard to stand out from the crowd but are tying to get noticed and be taken seriously around all these men.

My friend Lois is a pattern engineer and is mentoring a few of her female friends. She is literally and figuratively opening doors that would unless be closed or never found. She is introducing these women to people who can potentially help them. This is what all mentors should do. These women are like sponges and are now learning and soaking up all this great new information. I wish everyone created more communities like this.

At The End Of The Day

I am not surprised to see that there are less women in senior level roles. Women have so many obstacles and more to prove that some simply give up that boardroom seat dream. More training, leadership and mentoring needs to be put in place for everyone not just women to be given the chance to be challenged, grow and reach their full potential in their careers.

What Do You Think?

Do you think legally mandated quotas are an appropriate tool to correct the imbalance and make sure more women are in senior level roles?

The Secret To Loving Monday's
So You've Been Terminated....
To The Food Stealers

One thought on “It’s About Talent And Not Sex”