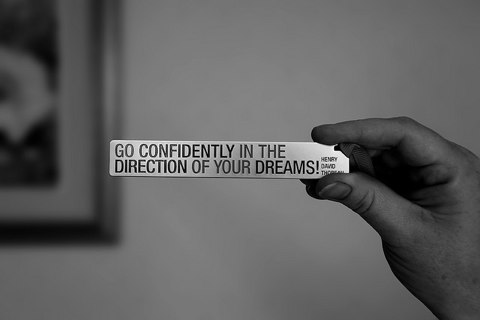 Not everyone believes in positive thinking. I used to be the first person to joke or make fun of people who believe in it until I tried it.

Have you ever told someone to “think positive!” when they worried about something? Most people including me don’t take these words seriously. I want to tell you that positive thinking can be very powerful and life changing.

Here is a good example of how positive thinking works. Many years ago before I got into HR I worked with the City of Toronto in the Urban Planning Department. After working for a few months a job opportunity came up. My friend Aaron and I decided to apply and we both were invited to an interview.

I was not confident and didn’t think I was good enough to get the job. I truly believed that other candidates like my friend Aaron were better and more qualified. I had this attitude because I hated interviews. I had only been to a few interviews, which I felt I bombed and this led me to believe that I sucked and would always do badly. This negative attitude was not a great start.

Day Of The Interview

I remember feeling awful a few days before the interview. I had negative thoughts running through my head and was sure that I was wasn’t going to get the job.

On the day of the interview I was tired and felt unprepared because I was up late the night before worrying about it. I even hated the outfit I chose and my hair wasn’t looking like I wanted it to look like. Overall I was a mess.

During the interview I thought I was giving all the wrong answers and I was overwhelmed with negative thoughts. I was worried too much on how I looked like and I didn’t make a good impression. As a result I didn’t get the job, which is what I feared would happen.

Visualize Good Things Happening To You

My friend Aaron on the other hand was always oozing with confidence. He was sure that he was going to get the job. A few days before the interview he even visualized what he would say and that he got the job. He slept fine the night before the interview and ended up getting the job. Not only did he have the qualifications but so did I. The only difference was that he was confident, positive and made a good impression.

I am starting to learn that just thinking positive and imagining good things happening to you can make a huge difference in your life. I changed the way I felt about myself and went backup school and found a new career that I am happy doing.

When someone is positive they seem to walk taller, look healthy, and are even friendlier and more approachable. No wonder people want to surround themselves with positive people and try to avoid negative ones.

Positive thinking doesn’t only work for interviews. Even on the way home from work I use to visualize a huge parking space in front of my building. More often than not I found one. I used to dread driving home and looking for parking but since putting a positive spin on it I found it fun.

I urge you to try to be more positive and visualize good things happening to you. You can read more information on positive thinking here.

If you still think this is bullshit what’s the worst that can happen.

One thought on “Positive Thinking Can Get You The Job You Want.”