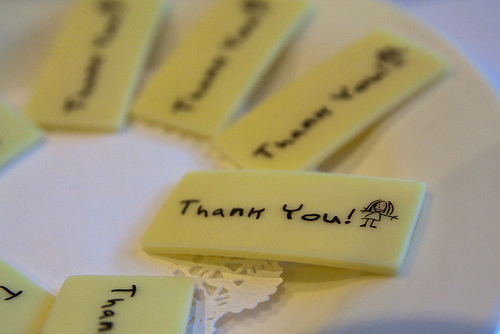 I continue to receive great and positive feedback from all you folks so THANK YOU and I’m giving you all a big virtual hug. Can you feel it? Nice right?! Ok that’s enough, I don’t want this to get awkward. Anyways, I love writing even though my grammar, spelling and punctuation sucks. It seems like my posts are helping some of you figure out the recruitment process and that’s why I love this website.

A few weeks ago I started a new section of my blog called Ask Dorothy. I’ve received a lot of great questions through twitter: @dorothyjs, through my contact me page and through the comment sections on various posts. I’ve decided to create posts that will highlight a question or a comment that someone submitted along with my response. I really think that other people have had similar interview experiences and will find these questions and responses helpful.

The post Why You Didn’t Get The Job Even After A Great Interview hit a nerve with a lot of people. This post taught people how to realize that they are in a fake interview. You all need to realize that fake interviews are real. Recruiters have to do them for various reasons but the best thing to do is to learn how to spot them. You want to spot them before you pour your heart and soul and spend to much time taking every second of the interview apart to figure out what went wrong and why you weren’t hired. This post helped Allen and Crystal realize that they in fact were involved in a fake interview. These are their stories:

Good article. I just experience one of those fake interviews. I have a feeling that they went with someone from within the company. I should have known it was a fake interview after they didn’t ask for a face t0 face interview due to the job being in a different state from the one I currently live in. On top of that, it took them 3 weeks to get back to me. But during all 5 interviews, all interviews went extremely well and the hiring manager even said to me I really like you blah blah blah…. they told me another position will be opening up soon similar to the one I applied so I should apply for that one. anyways we shall see….ohh well, I bought myself some happiness and went to buy some nice clothes. Now it’s time to submit more resumes.

Hi Allen,
Glad you enjoyed the article. Sorry to hear that you were involved in a “fake interview” but at least you noticed it as a fake. If the company told you about another position that they think you should apply for than you should definitely apply! They probably do not have a target hire this time and you have a better chance of getting it. Good Luck!

Thanks for the article. I experienced a fake interview two weeks ago with a company that I previously worked for (left company on good terms). The recruiter called me and then an hour later the hiring manager called me and asked if I could come in the next day for the interview and I said yes. The interview was with the hiring manager and she gave me a lot of compliments about my work history listed on my resume. She only asked me basic questions about what was on my resume and what style of training, style of management did I work best under. The final clue that I wasn’t getting the job was when another manager popped in during the interview. I felt like that was a way of cutting the interview short without being rude. They were both very nice and I appreciate that. I asked when I would hear back and she said within 7 days. On the 8th day I called and asked when she would decide and she said not sure since they are still interviewing since they need several associates for the position.

Hi Crystal, thanks for sharing such a great fake interview example.

If you want to submit your story, ask me for advice on your recruitment dilemma or have an idea for a post simply Ask Dorothy or leave a comment.