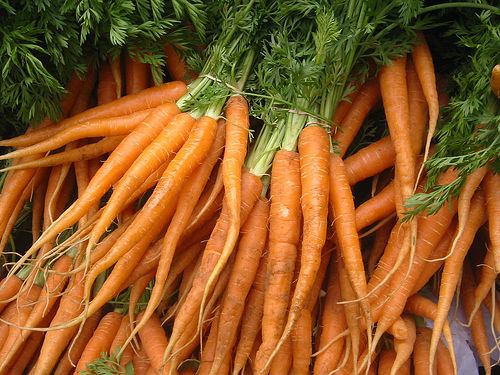 Some recruiters “carrots” are the promise of a second or even third interview. Some even promise that they are “working on something” for a candidate. This gives candidates the impression that they are creating a role for them or that they will invite them to an interview that will result in a job offer. Either way you spin it all these tactics are just carrots that will be dangling in front of the candidates up until the job offer is signed. These carrots are not real they are just an illusion. Once the actual job offer with the real candidate is signed all the other carrots disappear and you are left feeling confused. This is how Kim felt and this is her story:

I was recently flown to the corporate office and had great individual interviews with the executive management team. A week later I was contacted by the HR internal recruiter about their interest in me. I was told they would not be filling the role that I applied for but that they were “working on something for me” which included relocating to their corporate office. It’s been 4 weeks since I last heard from the recruiter and there has been no response to my e-mails and phone calls. I am beginning to wonder if what the recruiter told me was legitimate. Why is she now beginning to ignore my e-mails and phone calls when she started off responding back with quick follow-up? Do you think she told me this because she might have felt bad telling me they were really interested in the beginning but not anymore? I would like to also know if I should reach out to the VP that I interviewed with to find out the status? I’m really bewildered my the cold treatment I am now receiving.

Hi Kim,
Well at least they told you that they wouldn’t be filling the original role. Meaning they didn’t find any candidates that they liked or budget fell threw and they had to close the opening. When I tell candidates that I’m “working on something for them” that usually means you did well in the interview and I would love to have you on the team but essentially I don’t have a position open right now and I hope you keep looking at our job board/postings online. Even if they were “working on something for you” you would probably need to apply for the job and start the interview process all over again. Sounds like the recruiter was just trying to keep you interested in the company. Maybe they thought another role would be surfacing but it didn’t and now they are ignoring you like the plague. So yes, I think the recruiter is feeling bad that she couldn’t find you a role but her job was to keep you interested and she has for 4 weeks. It’s time to move on. I would not recommend you contact the VP. They probably have forgotten about your interview. If you are truly keen on working with that company for a particular reason I would keep emailing your HR contact. Be polite and try not to show your frustration with the lack of communication on her part. If she continues to ignore your emails then unfortunately for this company they lost an opportunity to hire a great candidate. Some folks should not be recruiters if they don’t like giving bad news to someone. I’m sorry that she is being rude to you but not all recruiters are cold. I would focus on how well you did in your individual interviews and bring that same great positive energy to another company. Good Luck and thanks for the comment

Have you checked out the job board?

2 thoughts on “Ask Dorothy: How Recruiters Keep You Interested”